Let's Talk about PEEK and Crystallinity

Polyetheretherketone (PEEK) is finding its way into more and more medical applications as a replacement to legacy materials such as stainless steel and PTFE, providing a higher strength option over more common catheter and engineered polymers. While PEEK offers many benefits over traditional materials, it requires special machinery and processing expertise to optimize its properties and ensure peak performance of extruded parts. Its level of crystallinity is one of its most challenging and least understood characteristics. 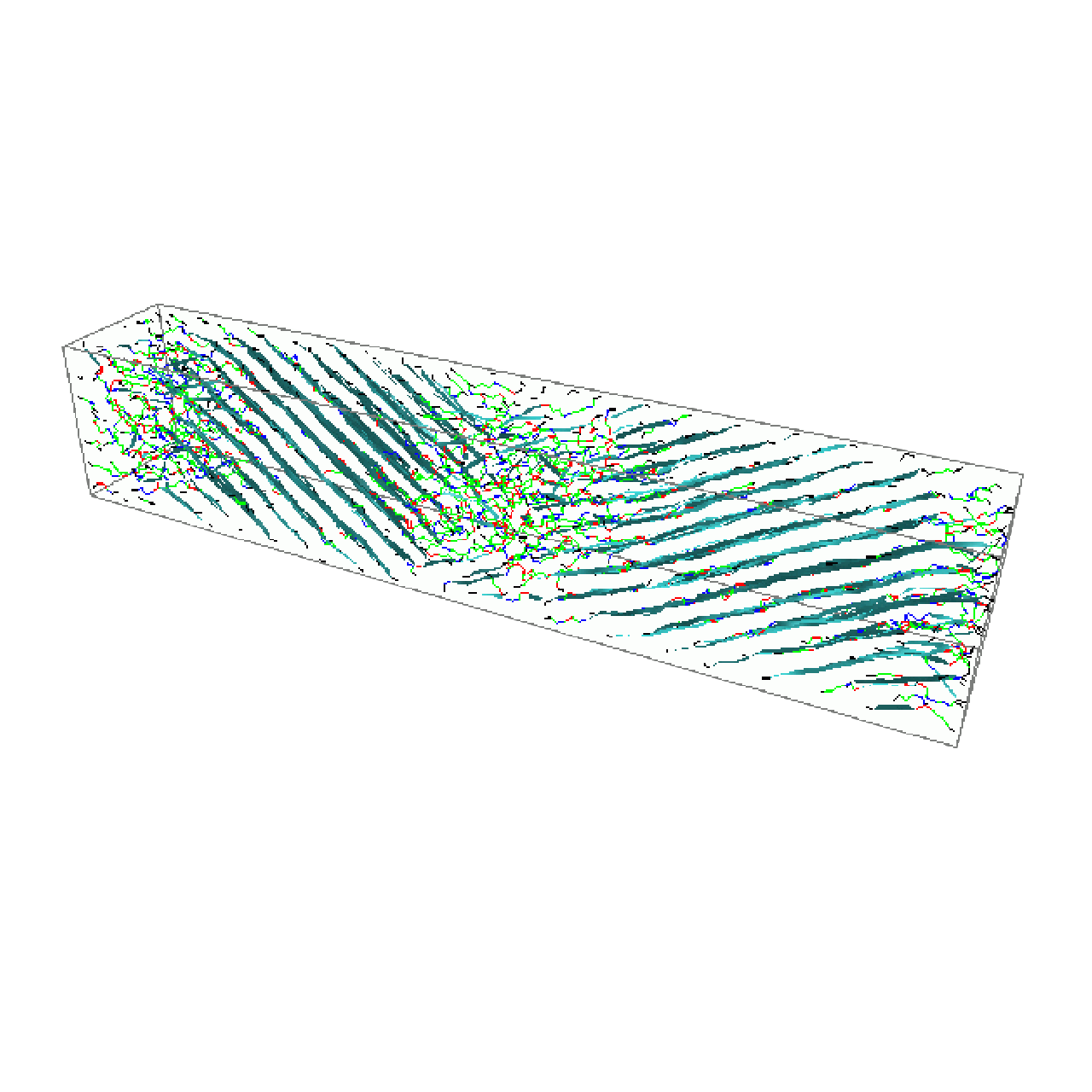 PEEK is a semi-crystalline thermoplastic polymer, which means that a portion of its molecules aligns and forms crystals while the rest remains amorphous. The chemistry of PEEK, the strength of its bonds and its semi-crystalline structure is what gives PEEK all its amazing and extreme properties. But this crystalline structure doesn’t come easy. Through unique processing methods or secondary processes, the crystals need to be allowed to grow. PEEK can be frozen in a fully amorphous state or even somewhere in-between. But this state is not something that is entirely obvious to those that are new to or unfamiliar with PEEK. A deeper dive into the comprehensive processing guides or technical literature is necessary to begin to understand the role crystallinity plays in PEEK’s performance. 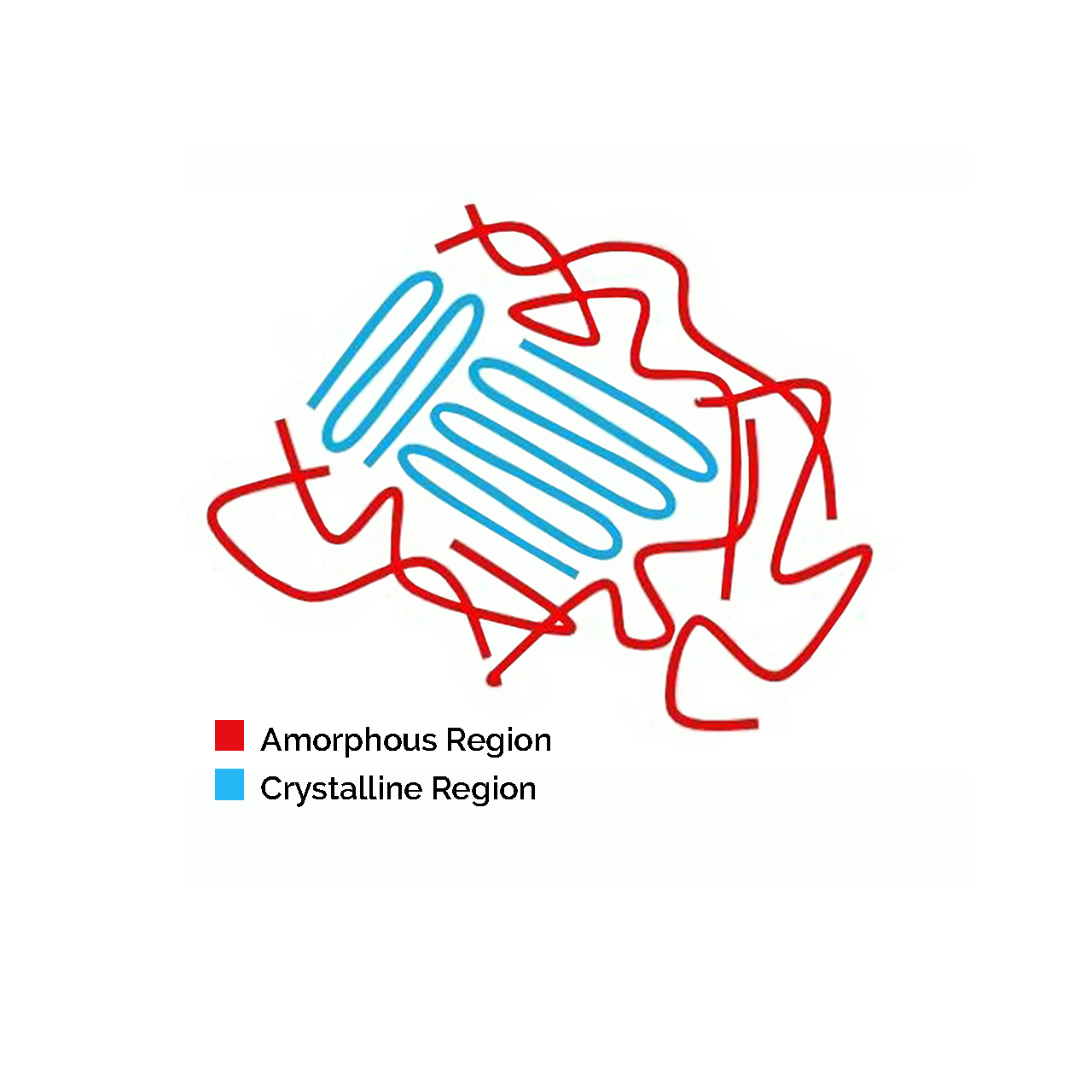 All data documented on each of the various PEEK grades’ technical data sheets are based on test values from fully crystallized samples, which is not clearly stated on the data sheets. When PEEK has been chosen for an application based on specific performance values and the subsequent PEEK extrusions are not fully crystalline, resulting in an extruded part that has decreased properties than what the design originally calls for. Obviously, this is a problem. Every aspect of PEEK is affected by decreased crystallinity, tensile, flexural, heat resistance, chemical resistance, density and even coefficient of friction. PEEK in its amorphous form still outperforms other plastics and common engineered polymers. Some may still consider an amorphous PEEK part to be acceptable and stronger than traditional engineering polymers. However, there is an aspect of amorphous PEEK that can cause problems in medical applications, long after the extruded parts have passed quality inspections; molded-in stresses.

Molded-in stresses are found in amorphous PEEK part because the molecules want to form crystals and Van der Waal’s forces constantly exerting their attractive force on PEEK molecules. When the part is exposed to an exterior force or condition, like heat from sterilization or friction, harsh chemicals from drugs or wipe down chemicals, or physical forces like flexural or tensile, these molded-in stresses can be released and parts fail. This failure can manifest as stress cracking, shape and dimensional change, and uncontrolled crystallization. It is obvious how a crack can negatively impact the product, but when parts crystallize in high heat sterilization or from high frictional heat, the dimension and shape change can lead to many problems as well. When PEEK crystallizes it loses volume while increasing density and, in most cases, this causes part shrinkage. Also, because the molded-in stresses are inconsistent throughout the part, when they are released it can change the shape of the part. In the case of an extrusion, ovality or odd egg-shaped cross sections can occur and random bends and kinks can form along their length. Some parts are difficult to crystallize in the primary process and need to be crystallized or annealed in a secondary step. This requires mounting the parts in fixtures, or in the case of tubing, inserting mandrels or wires in IDs, to control the dimensions and shape. 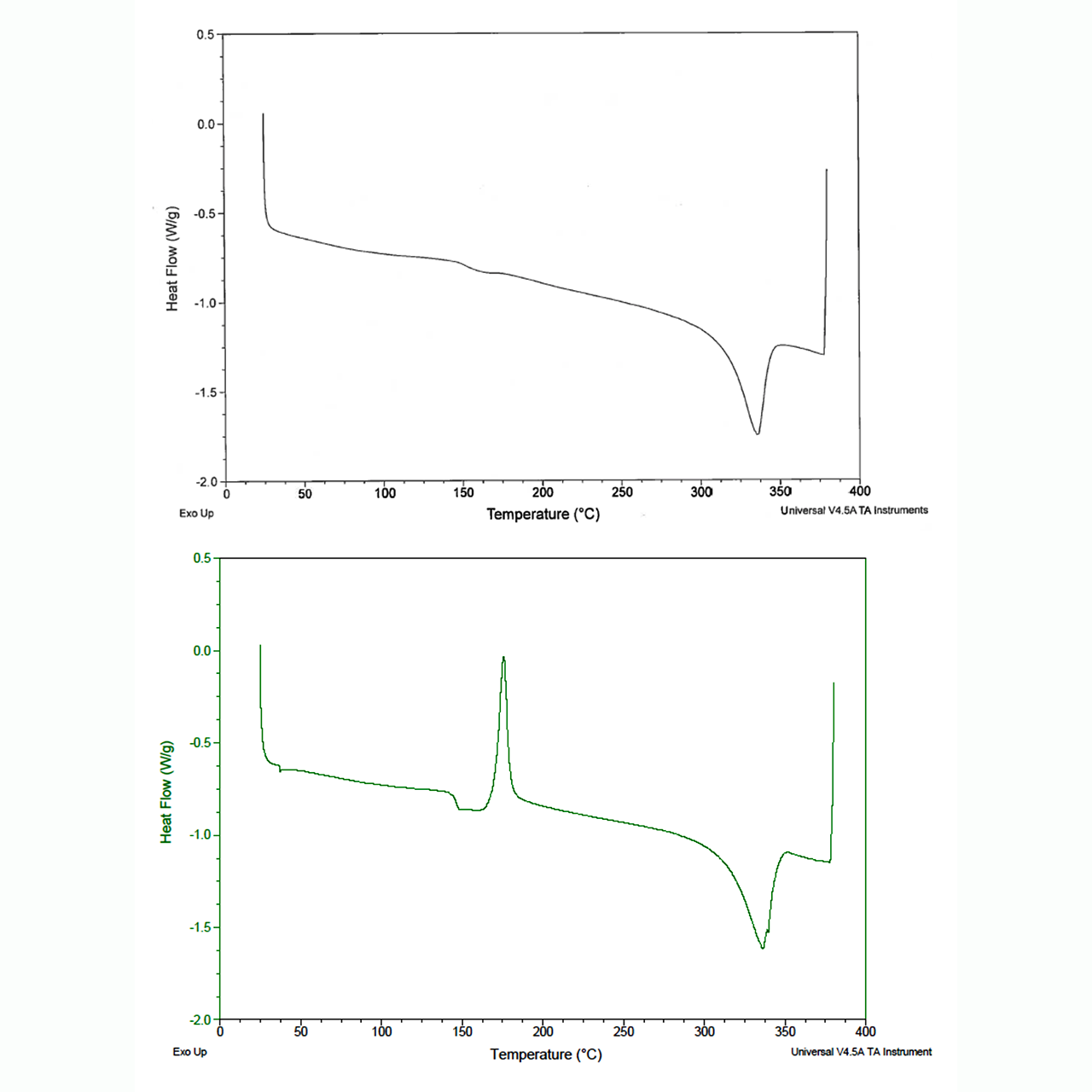 The easiest method to determine if a PEEK part has reached full crystallization is by its color. If the part is mostly an opaque, lighter beige color (wall thickness can affect opacity) then PEEK has reached at least 90% of its total possible crystallinity and will avoid most of the problems associated with low crystallinity. When PEEK is amorphous it is a transparent amber color. There are two other tests that can be performed to identify the state of the crystallinity, which include digital scanning calorimetry (DSC) and X-ray. DSC measures the amount of heat and energy a part absorbs throughout a specified temperature range and the resulting graph (figure A & B, embedded to the right) will demonstrate if a part is fully crystalline or not based on the number of peaks. Because crystallinity affects density of a part, X-ray will show the varying density of a lower crystallinity part. The X-ray method is generally used on injection molded parts or other processes that create complex thick and thin geometry because then with an X-ray in hand, problem areas can be specifically addressed.

PEEK is already defined as an exotic and challenging material to process due to the high temperature requirements; but the amorphous and crystallinity states add a whole new level of complexity to the material. Much research, understanding and further specialization of processing is required to produce the best, highest quality PEEK part. This information should help guide engineers to determine if a manufacturer is specialized in processing PEEK and truly understands the complexities and nuance required to process this unique material. I hope that this info I have shared will help engineers and designers to better understand the complexity of PEEK and allow the increasing number of medical devices that are utilizing PEEK, to fully capitalize on its unique and extreme mechanical properties. 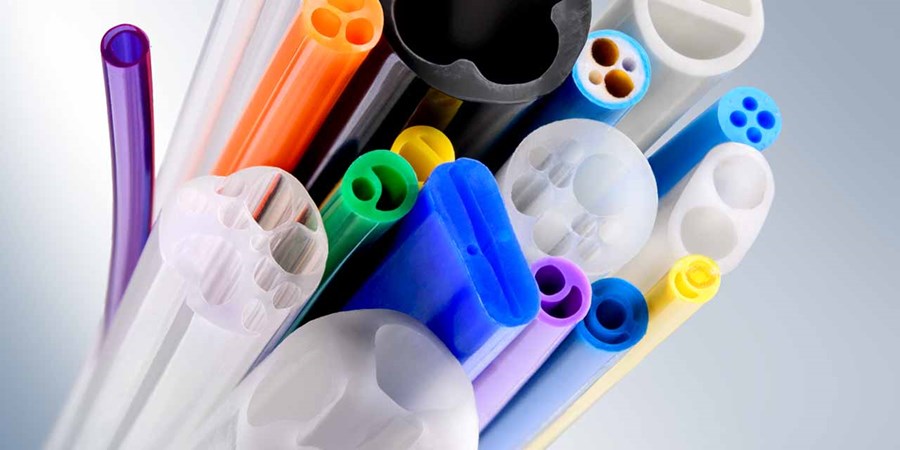 We offer the full range of design, prototyping, and development services. We turn your device concept into a manufacturable design, transfer it to initial production, then manage full-scale production.